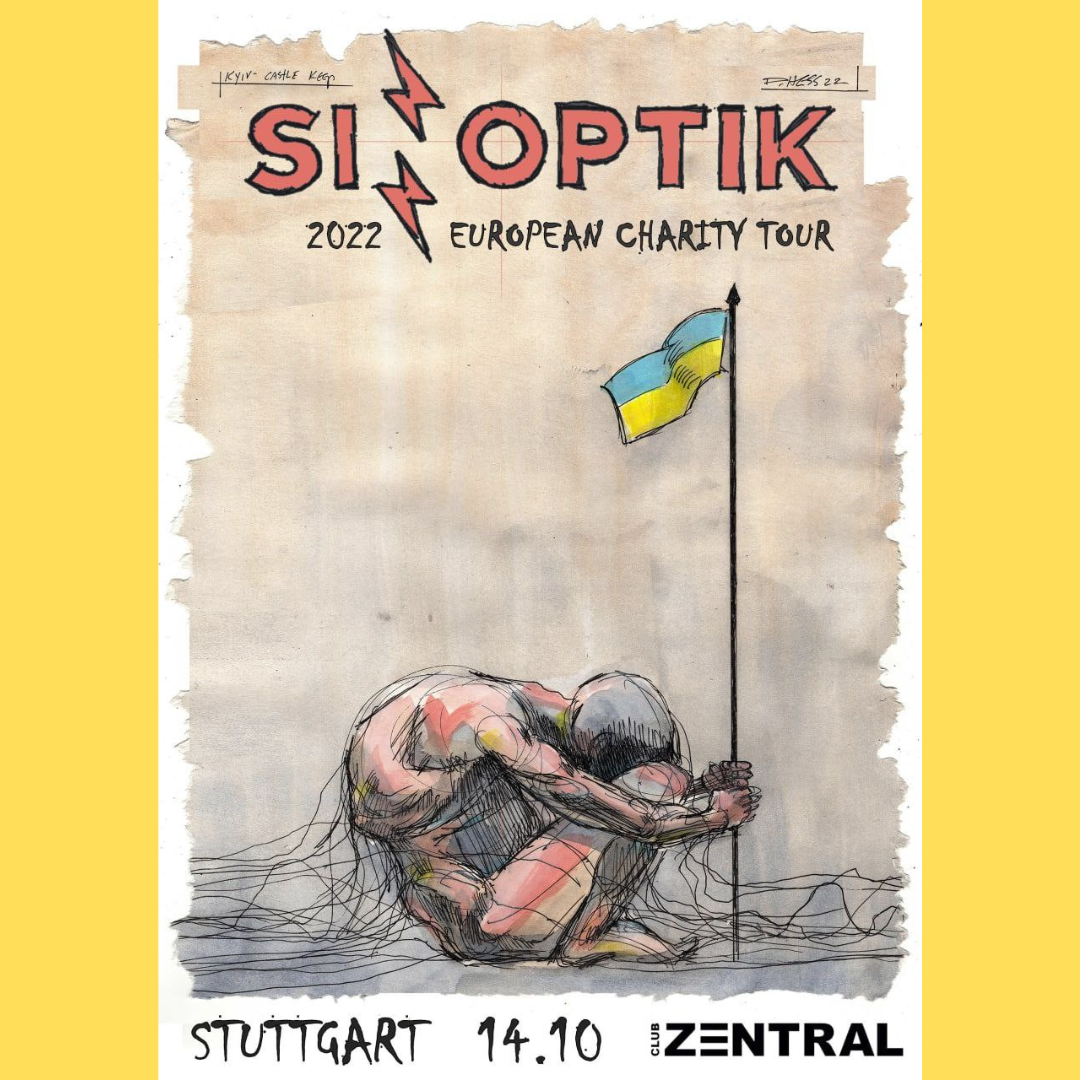 As part of the Charity Euro Tour in support of Ukrainian orphanages and internal refugees. All proceeds go to Ukraine!

A mixture of classic hard-rock and neo-psychedelia. The best tracks for a true rock lover. Don't miss this party!

SINOPTIK won the title “The World Best Rock Band” in Berlin (by the version of Global Battle of the Bands), the only independent Ukrainian band that rocked the 80,000 people Olympics Stadium in Kyiv. Marilyn Manson, Uriah Heep, Within Temptation – are among those rock music giants who noticed SINOPTIK and invited them as special guests to share the stage.

“Emotional retro rock with something special”

“Sinoptik’s ‘The Calling’ is a freshly painted, dazzling concept album with arena ambitions”

This is Rock ́n ́Roll! There's no better way to describe the band and their music, other than with these lyrics from their Anthem "This Is"! Their "Get Up an' Rock" attitude is to be felt and heard in all their songs.This is Gracefire, fronted by three wild ladies (vocalist Nicole Zeyda, guitarist Diana Höttermann and drummer Annika Allinger) ...and tamed, onlya little, by anchor man Simon Jokschas on bass!

Wide reaching recognition, way beyond their region around Stuttgart. Gracefire's authentic Rock that makes them so loved bytheir ever-increasing fan-base and which has built them a reputation way beyond their hometown Stuttgart.During the show, Nicole calls out questioningly to the crowd: "Grace", to which immediately comes the loud return "Fire"! From that moment on, the crowd is indeed,on fire!

With stage presence and power into the charts! With over 200 shows around Europe since 2017 and on regional radio and TV, the performance has become highly polished, which brought them gigs with the likes ofBarclay James Harvest and Hundred Seventy Split, fronted by legendary Ten YearsAfter bass guitarist Leo Lyons. This professionality is present too, in Gracefire's recordings, the single/video release "Probably" from the EP of the same name,rocked the Amazon Indie/Alternative charts by going straight to Nr. one! The following releases, "This Is" and "Why", also had Amazon top ten placings.

Songs ripened on the "Tree Of Life".Nicole and Diana jointly write the songs, the continuous experiences of touring and playing, then writing and arranging has progressed and been refined and to all, a'then and now' distinction is very obvious.The songs are crafted partly from daily life,in a storytellers way, making them accessible and understand able to all, lastly,comes the finesse, that makes all this a Gracefire song!

Soon a new album from Gracefire!New tunes and stories are in the finalising stage, the band are making the best of their studio time, to bring to their fans, before the end of '21 the next Album, which we know already will be, "...their best yet!" Band and fans can get together to harmonize once more, when the question..."Grace?"-and answer ..."Fire!" will ring out!